TRADITION IN ARTWORKS OF AI WEIWEI

Ai Weiwei is a cantradictory, modern and activist artist who interrelates his daily life with traditional arts in his compositions in an extraordinary way. He was criticized by Chinese public servants because of cantradictory features of his artworks and he was obstructed. He employs unusual methods. He was influenced by previous  career of Dada, Duchamp, Jasper, Johns and Andy Warhol and also with the effect of his western education, he has a conceptional approach in art. He wants to attract notice to social issues by way of combining tradition and conceptual art in humorous and ironic way. The artist that prefers cantradictory way of expression has respect and loyalty to traditional Chinese art.  He enlived the traditional Chinese culture by way of demonstrating traditional esthetical approach in his artworks. He commented the modern approach of his  western art as critical thinking. It is clearly seen that, his materials and techniques that dominates his works are related with tradition and history. According to him, traditional art should not fade away. Nevertheless, we can see a consistent reckoning against tradition in conceptional bases in his works. For this reason, description of tradition gained different character than many other artist. He redefines the tradition in his genuine works. Furthermore, according to the artist the  massive products that are sold to whole World from China have no aesthetical or genuine value as well. The vast majority of these industrial products are plastic. He thinks that these products criticize a certain hollowness upon Chinese art. The purpose of this article is to examine the traditional motifs and their contemporary usage in compositions of Ai Weiwei, in which the dramatic incidents like immigration and war turn into modern artworks. In order to achieve this goal, artworks of the artist are analysed.

www.akbanksanat.com (downloaded from internet in the date of June 2nd, 2018) 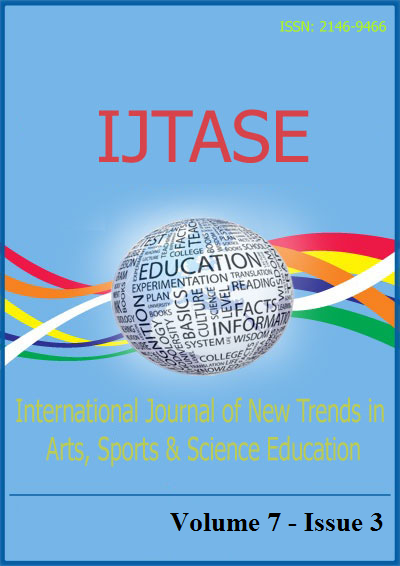 This work is licensed under a Creative Commons Attribution 4.0 International License.

Most read articles by the same author(s)

All articles published in International Journal of New Trends in Arts, Sports & Science Education (IJTASE) are licensed under a Creative Commons Attribution-NonCommercial 4.0 International License (CC BY 4.0).